At the CES 2022, Sony the Japanese tech giant behind PlayStation officially announces that its next-gen virtual reality headset which will be compatible with the PS5 is indeed on the way, and it’s  called PlayStation VR2. Sony has promised the PlayStation VR 2 will have “new sensory features, enhanced controls, and tracking and upgraded visual fidelity”. Horizon Call of the Mountain, from the makers of Horizon Zero Dawn, is set to be the first game on the platform.

According to a PlayStation Blog, Sony revealed the official name of its headset, PlayStation VR2. The headset also referred to as PSVR 2, will debut alongside the company’s new PlayStation VR2 Sense controller (which seem inspired by Oculus Touch). The company says VR gaming will be taken to “a whole new level” with the PSVR 2. The headsets with drastically improved specifications will offer yours “a greater sense of presence” which will present players a feel “to escape into game worlds like never before”.

With a combination of the headset’s new technology, the PlayStation VR2 Sense controller’s haptic feedback and adaptive triggers, the Japanese tech giant believe its offering “a heightened range of sensations unlike any other.” In the year 2021, when Sony announcement was made that the new PSVR system was in the works, it sent a reaffirming feeling of the brand’s commitment to VR. Details of the PlayStation VR2 Sense controller has emerged while details on the headset are yet to emerge.

Given that Sony is experiencing a number of challenges delivering enough PS5s to satisfy demand, the PSVR 2 launch may take a bit later in the year 2022 to keep production pipelines focused on the console. Although no official date has been announced for the release of the PSVR 2 yet speculations say November or December may be best bets. Find some hints on the rumoured date according to an online source. Also, the price for the hardware is unknown for now. Though the current PlayStation VR starter bundle sells for about $200 / £259 / AU$420. A price slightly cheaper than the price of the hugely popular Oculus Quest 2 which typically sells for £299 / $299 / AU$479 but the PSVR Starter bundle has gone through several price reductions and is several years old. 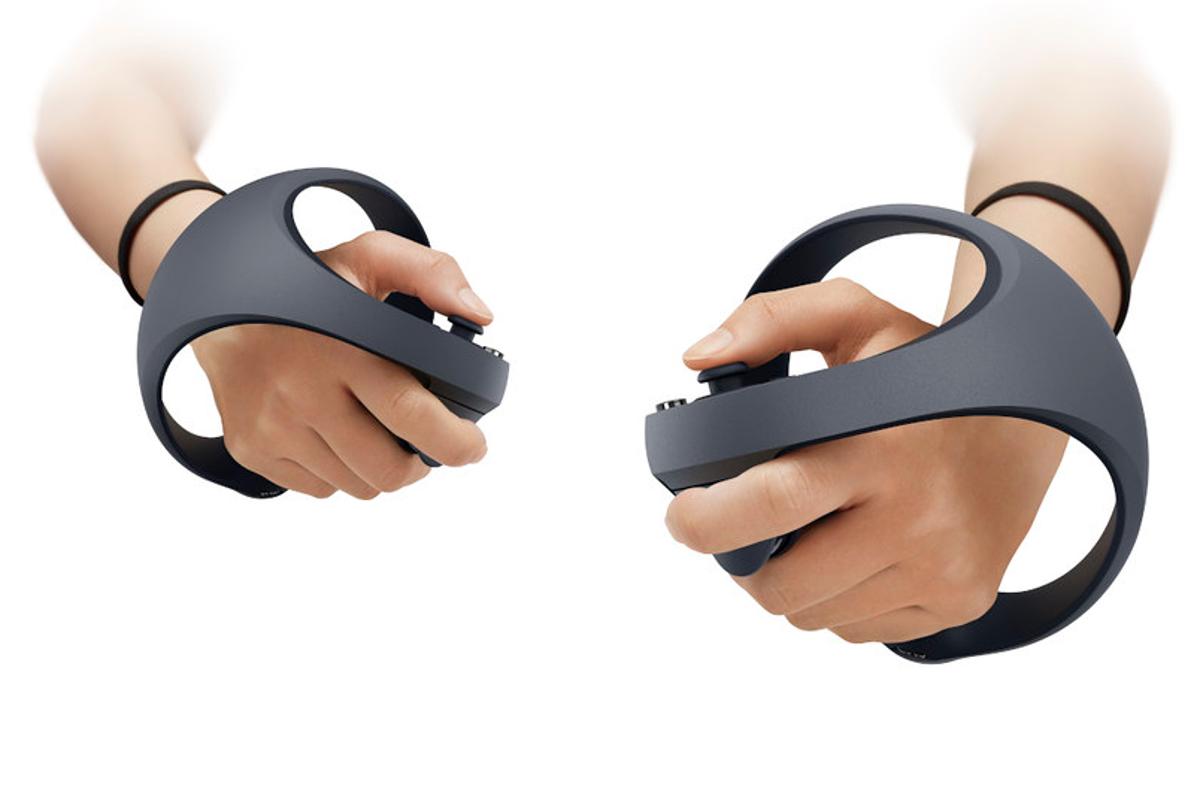 For the PSVR 2 sense controllers, significant performance and design upgrades are expected to come with it. We also now know Sony’s next-gen VR peripheral is called the PlayStation VR2 Sense controller. These new controllers are said to have dropped the design of the classic PS Move controllers and instead resemble more typical VR controllers like Oculus Quest 2’s Touch controllers. The new 2 controllers will feature handles similar to a baton with a plastic orb around them, the same adaptive trigger features found in the DualSense PS5 pads. This will allow for differing tensions on any given in-game action.

At the event Sony went ahead to reveal full specs for the PSVR 2, though we would have to wait to see what the headset looks like, its weighs etc Users are to expect the PSVR 2 boasted to have OLED displays with a resolution of about 2000 x 2040 per eye, which suggest almost a four-fold improvement on the original’s 1080p output. The PSVR 2’s built-in headphones will also take advantage of Sony’s 3D Audio technology. The PSVR 2 is also expected to be capable of 90Hz and 120Hz refresh rates with a 110-degree field of view. The headset will also feature built-in six-axis motion sensing (three-axis gyroscope, three-axis accelerometer), along with an IR proximity sensor.

Controller tracking will be provided by four cameras on the headset itself, while an IR camera will provide eye-tracking per eye. To give users a little more immersive feel, the PSVR 2 headset will support vibration feedback. Unlike the original PSVR, the PSVR 2 promises to have a much simpler setup process, with only a single cable to be connected directly to the PS5 console.

CES 2022: Samsung Shows Off Its Range Of Foldables For The Future

CES 2022: A List Of Some Of The Most Impressive Laptops

CES 2022: A List Of Some Of The Most Impressive Laptops

The Metaverse Hardware And The Gadgets Of The Future

Kenyan Startup, Lipa Later Raises $12 Million In Series A Funding, To Extend Influence To Nigeria And Other African Markets